Freelance writer specialising in the drugs trade, author of Drugs 2.0 – The web revolution that's changing how the world gets high.
Clients: The Guardian, Mail On Sunday, Reuters, the BBC, Lonely Planet, and more.

Why is cocaine so strong at the moment... and where's it all coming from?

Reports in the UK recently that batches of “100 per cent cocaine” had been found by police in the pensioner-populated backwater of Eastbourne on Britain’s South Coast were eye-catching and unexpected – but reporters missed the real story about cocaine in the UK in 2017. Britain, from the highlands to the hinterlands, is absolutely awash in cocaine of a higher purity and at lower prices than most users have ever experienced.
Link to Story

We went undercover in a Chinese MDMA factory

I’m meeting my accomplices at the Grand Kempinksi Hotel in Shanghai at 7pm. I haven’t stopped moving for 29 hours, and I’m working on a internal battery fuelled by adrenaline. I thought I’d sleep on the plane, but I couldn’t. It’s taken me six months to set this deal up, and tomorrow is the day it goes down.
Link to Story

Is it time to legalise medical cannabis in the UK?

In around 2700 BC, the Chinese emperor Shen Nung, revered as the father of Chinese medicine, ate the flowers of a certain pungent weed. “Medical cannabis. Stop eating. Eat more, you will see white ghosts walking around,” he wrote in his pharmocopoeia, The Herbal. “Eat long enough, you will know how to talk to the gods.”.
The Guardian Link to Story

When 12-year-old Billy Caldwell's medicinal cannabis was confiscated by British border forces last month, his life-threatening seizures returned almost immediately. His case sparked a fierce debate and access to his medicine hangs in the balance. In an exclusive interview, his mother, Charlotte, calls for urgent changes to UK drug laws.
The Guardian Link to Story

The drug revolution that no one can stop

AT MIDDAY ON A THURSDAY this past April, a radio call crackled through from an ambulance team to the emergency department of Calvary Hospital in Canberra, Australia. David Caldicott, who was leading the shift as admitting officer, immediately noticed a tense quality in the ambulance driver’s voice.
MATTER Link to Story

The wild west of weed: will legalisation work for Canada?

Opposite a bleak government building in suburban Ottawa, Canada, a barebones “cannabis clinic” – with just a cash register, jeweller’s scales and a glass counter – is doing a brisk trade. Gangster! We all smoke!”. shouts one teen as he high-fives the owner, Rohmi. He pockets his pungent bag and bounces out, giggling.
The Guardian Link to Story

Ecstasy island: This is the story of how MDMA reached the UK in 1988

It’s like a question from a pub quiz in a K-hole: what links a hippy chemist, Margaret Thatcher, a free love cult in Oregon, European football, and the Happy Mondays? The answer is Ecstasy. Here’s how. In the UK in early 1987, most city’s nightclubs were violent dens of sexual harrassment and terrible music.
Link to Story

“It tastes like you’re burning to death in a cellophane factory,”. You might have seen them, grinning gently, loose-limbed, dancing out of time with the rest of the club. Or perhaps, as ex-GBL addict Alice tells me, you might have seen G users contorted in an afterparty with their faces contorted “like an inmate at a gurning contest at the Arkham Asylum genital burns unit”.
Link to Story

Alexander "Sasha" Shulgin, who has died aged 88, was a pioneering and fearless scientist, but his chosen discipline – the design and synthesis of psychedelic drugs – was one of the most maligned and least understood. Shulgin invented hundreds of new psychedelic drugs, which he tested on himself, his wife, Ann, and friends, documenting their preparation and effects.
The Guardian Link to Story

The rise and fall and rise of ketamine

Ketamine is back with a wonky vengeance after years of limited supplies, shonky stand-ins and a tripling in street price. Just three years ago ketamine in the UK all but dried up, but now the drug can be found at levels of high purity in most major cities in the UK, albeit at an increased £20-30 per gram.
Link to Story

Why are pills so strong at the moment?

A batch of super-strong pills pressed in the shape of the UPS logo are currently in circulation in the UK. They're so strong that they made headlines this weekend: once on Saturday after users were warned about their potency and once on Sunday, when it was reported that a group of ravers had been taken to hospital after taking them.
Link to Story

Any coders out there fancy a new job? Working from home, you'll choose your own hours and, to a certain extent, set your own wages. It's a lean and agile start-up – minimal staff, operating in an incredibly hostile legislative environment, with hundreds of dogged, highly experienced cops working overtime to parade your sorry scalp on primetime.
Vice Link to Story
View More Stories

Mike Power is a British freelance investigative journalist specialising in drugs and technology.

His book Drugs 2.0 was published by Granta in 2013 in the UK, and 2014 in the USA and Germany, and documented a new digital frontline in the war on drugs, revealing how users and dealers have outmanoeuvred law enforcement and created a global, online black market in narcotics.

His reports around the emergence of so-called “legal highs” - recreational drugs manufactured in Chinese laboratories that are legal in most countries - have prompted complex policy debates in the UK and beyond. His in-depth research into the Dark Web, Tor, Bitcoin and cryptomarkets predicted accurately the explosive growth in digital drug dealing that we have witnessed in the past three years.

His "Drugs Unlimited" report for Matter.com documented an undercover mission to produce and import to the UK a new, legal drug – using only a laptop – and won the 2014 British Science Writers Association's prize for the best investigative journalism.

Power offers colourful reportage and research on this topic, from undercover infiltration of clandestine labs in Shanghai, to treks through Colombian coca fields, and frank debate with cryptomarket drug dealers, and argues the case for a wide-ranging and radical rethink of all drug laws in the digital age.

Power has reported extensively from Panama and Colombia for Reuters, and his clients include The Guardian, Mixmag, Matter.com, Deutsche Welle, The Mail On Sunday, The Sunday Herald, Lonely Planet, Dazed & Confused, Granta, The London Evening Standard and many more. 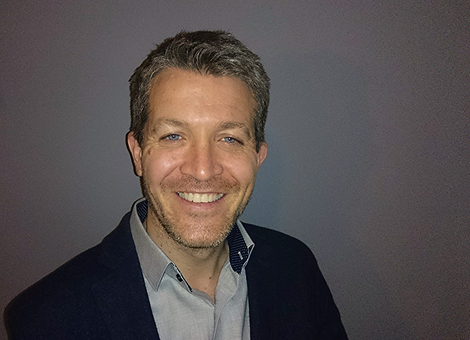